Last weekend Adam and I had the pleasure of shooting engagement photos with a couple in Chapel Hill, Jeff and Brandy. We responded to an ad on Craigslist as we often do and they selected us for the shoot. While on the shoot we were amazed to find out that they had received over 100 responses to their ad!!! That info made us very thankful to have been selected! We are very happy with the results, a few of which you can see below. Jeff and Brandy were a very friendly, kind and gentle couple, making the afternoon of shooting truly enjoyable. We wish Jeff and Brandy the very best of luck! 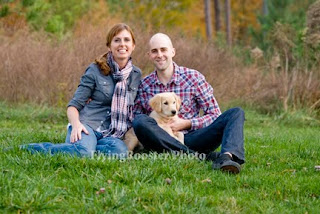 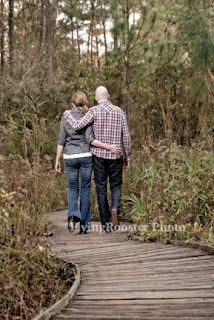 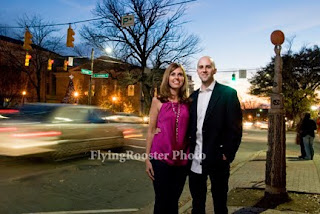 Why did the turkey cross the road?!? 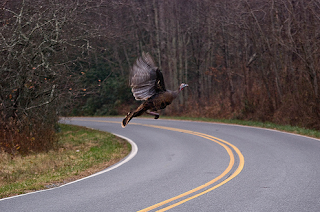 Probably because the FlyingRooster was chasing it around with a hungry look! I was headed out to Blowing Rock to take photos of a church for High Country magazine when I crossed under the Blue Ridge Parkway and happened upon about a dozen grazing turkeys. Pretty neat birds, I had no idea they could fly high enough to roost in the treetops... 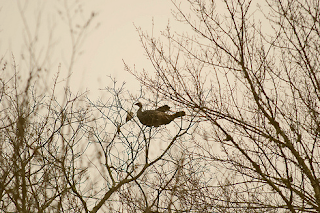 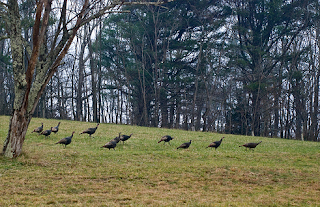 A few months ago when I traveled to DC to take photos of President Obama honoring the 2009 Stanley Cup Champions I took a bike and spent some time before and after the press conference photoing monuments. I assumed this was an appropriate Veteran's Day post. Thanks to all of the members and families of our Armed Forces for keeping us safe! (Pretty happy with the results of these, especially the night time ones as I was using my bicycle with my camera bag on top of the seat as a tripod)... Enjoy!

After starting the game with two huge interceptions (D.J. Smith and Jacque Roman) on the Mocs' first two possessions and a 21-0 lead at the end of the first quarter, the momentum shifted. In the second quarter Armanti Edwards was picked off twice and Devon Moore had an unfortunate fumble to record three Mountaineer turnovers. Edwards had a streak of 141 pass attempts without a single interception before the first pickoff Saturday. The defense stood strong in the second quarter, allowing the Mocs only one score before heading to the locker for half time.

In the opening kick of the second half the Mocs kicked an onside kick and recovered it, much to the surprise of all. The only thing more shocking was when they successfully repeated the move on their their next kickoff. The Mocs hustled a twenty unanswered point streak before the Mountaineer offense could regain focus.

In the fourth quarter Devon Moore ran for two of his three touchdowns in the game. Mark Legree sealed the Mountaineer win by pulling in an interception with less than ten minutes to play(the defense's third of the game). The offense moved the ball to the end-zone for the final points of the Mountaineers 35-20 win.

Saturday the Mountaineers travel to Elon University to play what will ensure for the winning team a SoCon Championship crown. The match-up will end one of the two undefeated teams' dream of a loss-less 2009 conference record. GO APP STATE!!!
Posted by FlyingRooster Photopgrahy at 5:40 PM No comments: 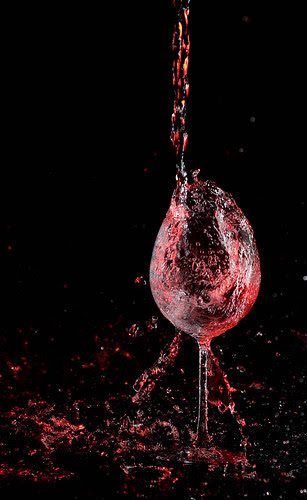 Started on a story about a church recently and one of the photos I want to incorporate has a water pouring element. I decided it would make my life much easier on the day of the actual shoot if I went ahead and did a little practice work lighting this portion of the shot. After trying the shot several times and getting the lighting the way I envisioned it, I decided the only issue was the water wasn't dramatic enough. I hopped up on a chair and poured the water from about 5 feet above the glass; it certainly did the trick (when it actually landed in the glass).

FlyingRooster Photopgrahy
FlyingRooster is a photography venture based in North Carolina, composed of a duo of photographers. Lifelong friends Adam Hajnos and James Fay dreamed up the idea while passing a farm on the way back from shooting photos at the Bristol Rhythm and Roots festival. Adam attended the NC School of Communication Arts where he earned an Associates degree in Digital Media and won the 2008 Student ADDY Gold Award. James attended Appalachian State where he earned a Bachelor's degree in Marketing and worked as a staff photographer for The Appalachian newspaper. Please feel free to contact via the e-mail link listed on the profile page.